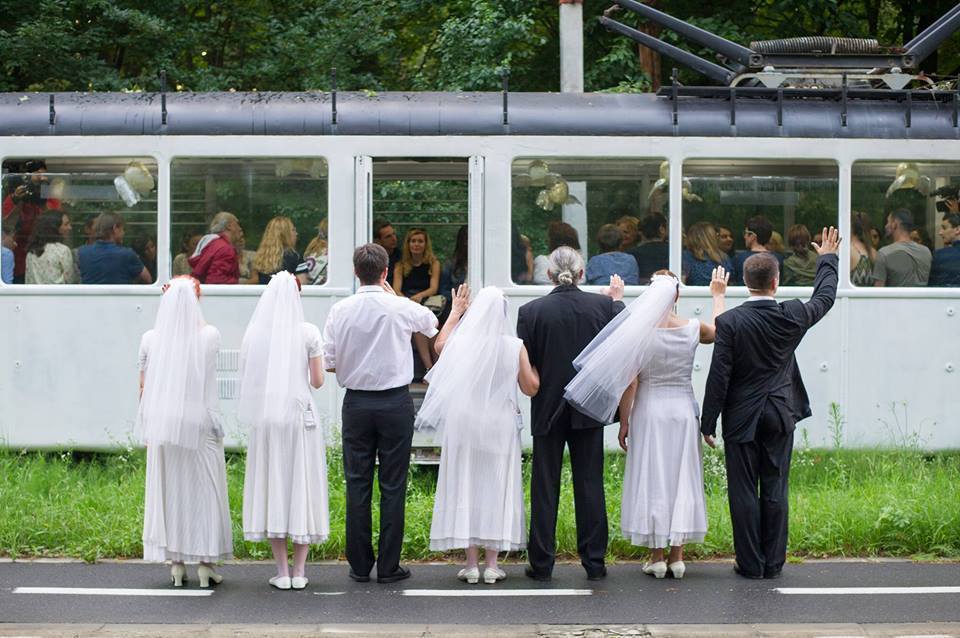 A Streetcar Named Popescu is a community theatre project, an itinerant, unconventional, experimental, alternative performance... the script is a dramatization of texts from the works published ante mortem and posthumous of poet Cristian Popescu (poems and essays). The performance takes place mostly in a tram brought into traffic on the route Sibiu-Răşinari and return. In the first part of the performance, after the audience embarked and the tram was set in motion, the characters of Popescu Family and Popescu Art are brought “to the stage”. In the terminus station, at Răşinari, an episode of animation theatre takes place, a lyric parody after “Conu Leonida” by I.L. Caragiale. The puppets-installations, Leonida and Efimiţa, built on the bunraku concept, are actually animated by the whole group of actors. On the way back from Răşinari Popescu’s Arts take place: theatre, circus, music, dance, painting and film.

A streetcar named Popescu
script for a community theatre performance by Gavriil Pinte, based on the works published antemortem and posthumous of Cristian Popescu
(PERFORMANCE WITH ENGLISH SURTITLES)