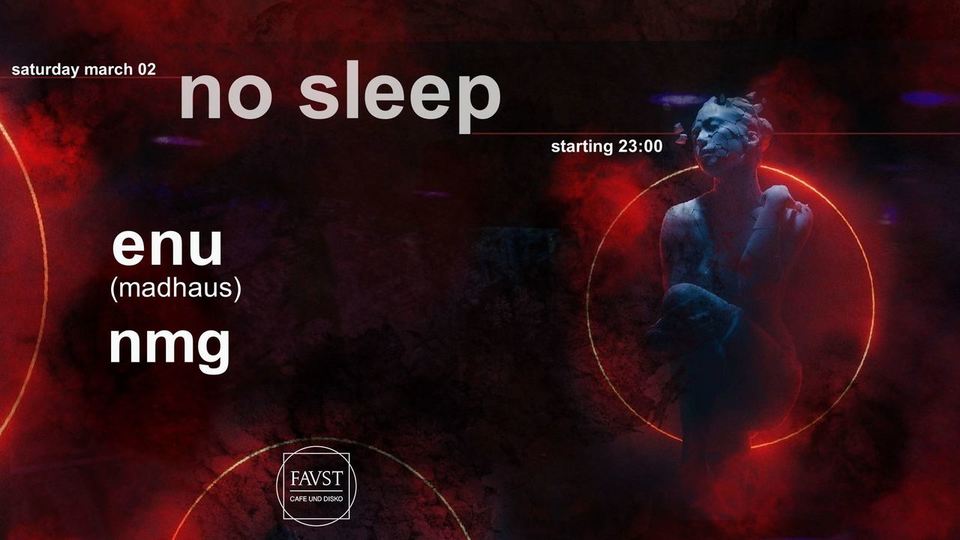 No Sleep with Enu

No Sleep invites Enu
-----------------------------------------
Borned in Bucharest, Romania, 1996, for Enu, it all started with a dream, a dream that now it's passion. Due to his attraction for electronic music, he started attending the parties more and more often to listen to his favorite artists. Party after party after party, that was his routine. When all of this had become a lifestyle, he realized his dream of becoming a DJ is bigger than ever.
He made his debut in the summer of 2017, when he started a new rooftop party concept called "Apus de Duminica" (Sunday Sunset).
In January 2018, he started "Mad Mornings'', a series of after parties, along his friend Brad Brunner. Later that year, they created the group Madhaus alongside EdiP.
In just two years of his career he had the opportunity to share the booth with great artist like: Vincenzo D'Amico, Mahony, Adrian Eftimie, Rosario Internullo, Mirror States, Livia Andrei, Dobrikan, Tania and many more.

No Sleep is a House & Techno party that wants to bring that unique Ibiza sound closer to you. Founded and promoted by NMG to represent a distinct philosophy of non-conformism and non-sense, it aims to become a series of parties that generates a unique energy and brings together people who share the same passion for electronic music and the desire to dance until sunrise.