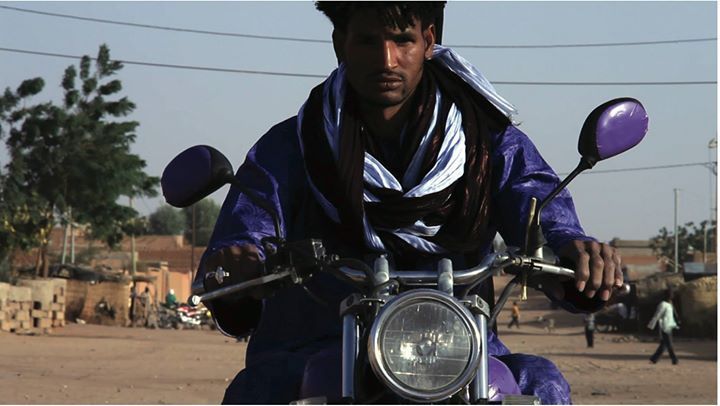 Celebrating a long lasting partnership with Rokolectiv Festival, Burn invites you to a special screening event 2 days before the festival kicks off.

RAIN THE COLOR BLUE WITH A LITTLE RED IN IT is not a documentary, but a narrative fictional tale.

The film tells the universal story of a musician trying to make it “against all odds,” set against the backdrop of the raucous subculture of Tuareg guitar. The protagonist, real life musician Mdou Moctar (Niger), must battle fierce competition from jealous musicians, overcome family conflicts, endure the trials of love, and overcome his biggest rival - himself.

Stylistically borrowing from the Western rock-u-drama and a hommage to Prince’s 1984 “Purple Rain,” the story was written with and for a Tuareg audience, drawing from experiences of Mdou Moctar and fellow musicians. Carried by stunning musical performances from Mdou, the film is equally a window into modern day Tuareg guitar in the city of Agadez as it is an experiment in modern ethnographic filmmaking and new techniques of cross cultural collaboration.

RAIN THE COLOR BLUE WITH A LITTLE RED IN IT
directed by Christopher Kirkley in collaboration with Mdou Moctar and Jerome Fino, 2015, 75’, HD video