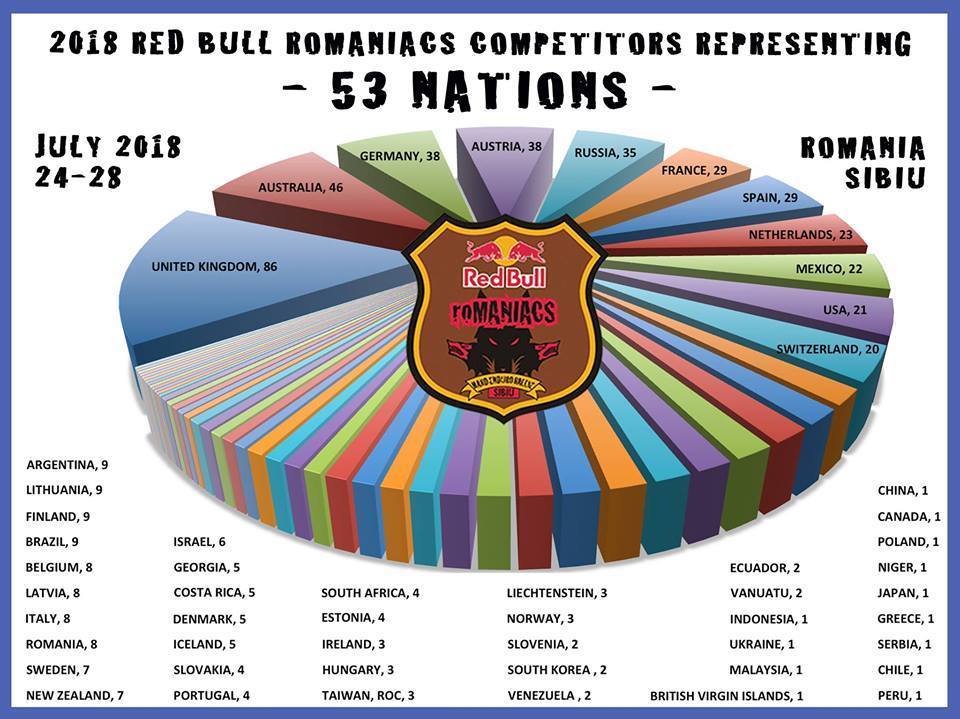 The Red Bull Romaniacs Epic Edition 15 will get off to a start with the opening ceremony on Monday 23 July at 16:30, taking place in the historical square, Piata Mare, in the heart of Sibiu. The 53 nations being represented at this years Rallye will lead a parade through the city on their bikes and carrying their nations flag. They will enter over a tribune where spectators and fans can watch their favourite riders close up. Interviews will be hosted in the square and the Gold Class competitors will then be invited to do test laps of the prologue. Fans and riders will be able to get an idea of the surprise challenges for the Red Bull Romaniacs Epic Edition 15 - created by prologue manager Andy Fazekas.

2018 is being represented by the most nations ever, a contrast to fifteen years ago when it started off with just a few riders competing against each other. A good testament to the worldwide growth of the sport of enduro riding. The main prologue event takes place on boulevard Corneliu Coposu on Tuesday starting at 08:30 with the time trial qualifications and the finals at 17:00 which traditionally attract thousands of spectators.