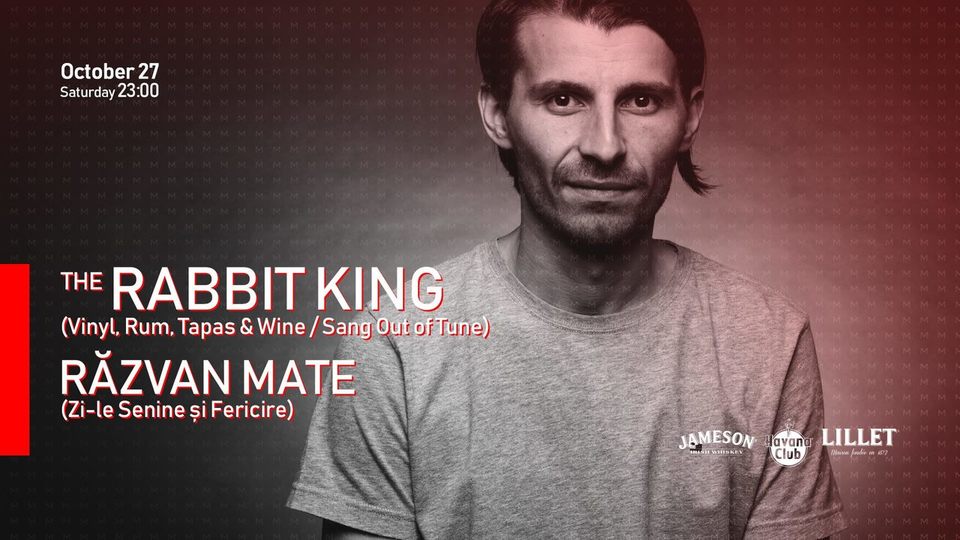 Untold • Electric Castle • Sunwaves • Neversea - this guy has played them all and now is coming at Mango.

The Rabbit King met so many clubs, promoters, musics, artists, in his life as a DJ from the old guard of Bucharest, so it was natural that his maturity was going to be so prolific. Discovering various ways that cause people to abandon talks and drinks and move as the waves of audio monitors dictates, His Kingdom in terms of musical aesthetics jumps between disco vibes and house moves. Flexible spirit and approach that keeps his audience to distinguish him from other DJs , by not exercising or losing personal ambitions, but he always has his homework carefully made and adapted to the dancefloor. After years in which he broke into reggae, dub, hip hop, funk, soul, breaks, Charlie has remained glued to any frequency that can dance.
Few years later he puts the first bricks to the romanian group Golan rollin’ with them for a couple of years, after that moving to another project called Nopame, bringing them to the right spot on the romanian dance stage.
Nowadays you can see The King rolling solo!

Local hero and smooth architect of authentic classic house sounds. With his unique style of musical storytelling, Răzvan is a dance floor favorite for all the house heads out there.