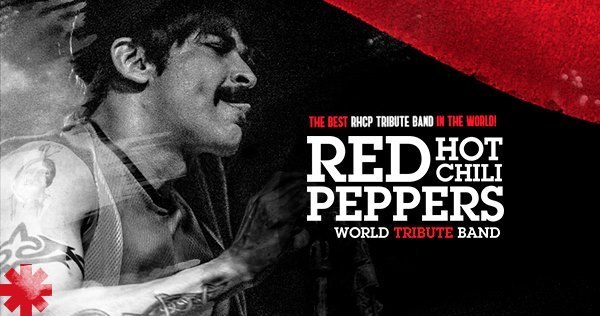 Established in São Paulo, Brazil, in 2003 the Red Hot Chili Peppers by Organic was the first Tribute Band in Brazil to make Tours in Europe.

This year, they are touring again in Europe and will bring Red Hot Chili Pepper's show to Sibiu on the 6th of October at Rock N Bike club!.

In Brazil the band had shows all over the country, in 15 states and more than 200 cities.

Argentina and Paraguai they was around 10 cities, always in big concerts or festivals - with crowds of up to 20,000 people!

The band has met the Chili Peppers on some opportunities and all of them had good times.

The lead singer is also in the Book Fandemonium released in 2014 as a honor from the band to the fans during the I´m With You Tour.

The band follows the current tour, setlists and concerts of the Red Hot Chili Peppers and have the same instruments and costumes as the original band. they have in the band, only genuine fans of the Chili Peppers and believe that only this way they can create the same atmosphere, energy and high quality to reproduce the concerts.