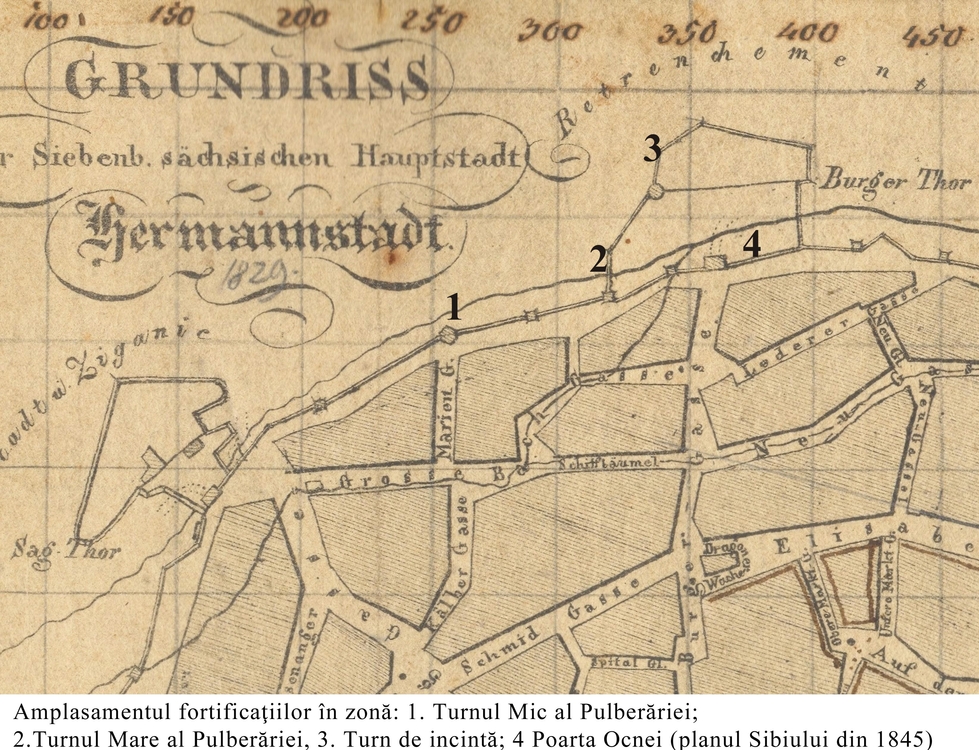 The Munitions Tower is located in the yard of Independenţa Vocational School, in the North of the citadel, on Ocnei Street.

It was built in 1552 on the place of an older blacksmiths tower, and it used to be part of the strongest fortified compound of the city, that used to defend the Pit Gate (or the Cobblers Gate).

The name of the tower comes from its purpose at the time, being a tower for the storage of the powder required for the light and heavy firearms and a defensive tower.

It is a massive circular layout tower, having a roof with thick walls, with small size fire holes, built in such a way as to withstand siege gunfire. Only a small portion is exposed towards the exterior side. The access to the inside used to be done through a ramp that led to the entry located towards the current Zidului Street and towards the guard road of the wall. The tower’s lightning rod is preserved until today.

The tower was rehabilitated during 1974 and 1975, its last purpose being to accommodate the creation shops of the Artists Union.