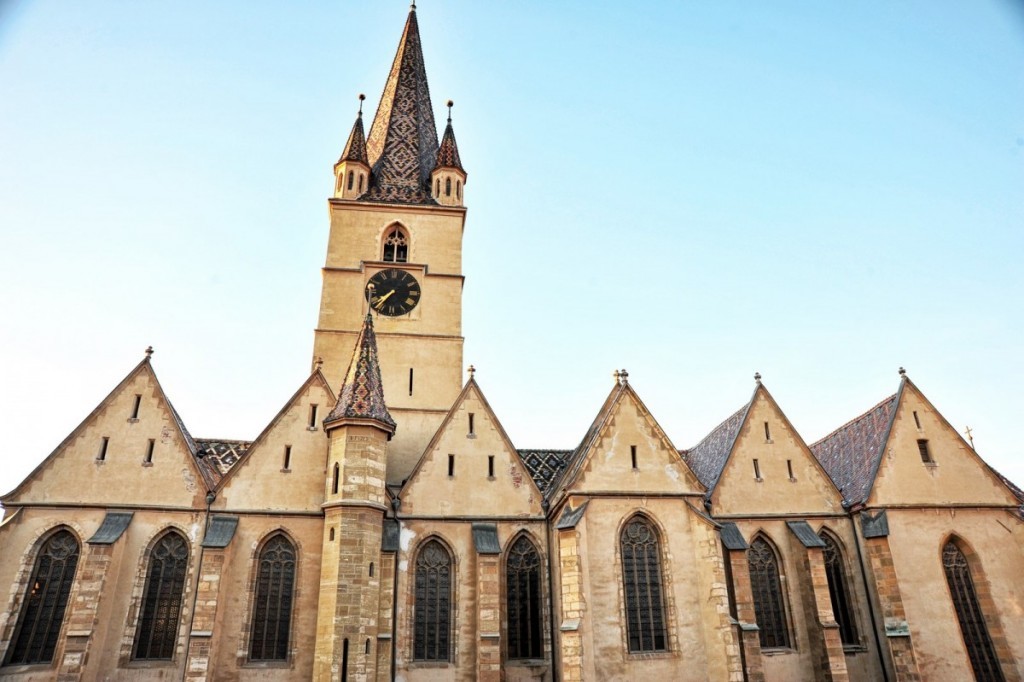 Located in Albert Huet Square, it is one of the most impressive gothic places of worship of Romania. On its location there used to be a Romanic basilica (12th century), a cemetery, three chapels and a school.

The Evangelic Parochial Church (14th century) has a massive 73,34 m high bell-tower, making it visible from almost any corner of Sibiu. The seven-story tower has four turrets at the corners, symbolizing that in the past the city had the right to death sentence.

The interior of the place can be seen as well, the balcony on the Southern side housing a beautiful organ manufactured in 1672 by the Slovak master Johann West and decorated in baroque style in 1674 by Paul Demosch and Jeremias Stranovius the Elder. The new organ was manufactured by the company Wilhelm Sauer (Frankfurt/Oder) and mounted in the church of Sibiu in 1915.

Another attraction of the church is the brass baptistery, located in the axis of the church, on the surface of which there are 228 embossed plaques, many of them being figurative representations of byzantine influence. The baptistery is shaped like a cruet with a base, stand, joint and basin and is dating since 1438, being the creation of master Leonhardus.

"Dintre Brazi” Church (“Between the Firs”)